Home|News|Agriculture|Unlawful use of rural land: Problems affecting landowners and occupiers

Unlawful use of rural land: Problems affecting landowners and occupiers

One of the many implications of Lockdown as a result of the coronavirus pandemic has been the significant increase in rural landowners  farmers reporting unlawful entry and use of their land.

In this article, Mike Bracegirdle, Head of the Agriculture Department,  looks at the problems faced by rural landowners and occupiers, and how these issues can be either prevented from arising, or can be addressed and resolved.

The most common issue has been fly-tipping  –  the unlawful and unauthorised dumping of waste.  Any farmer who discovers fly-tipping is faced with the immediate question of what to do; who to contact; and whether to clear/remove; or to contact the Local Authority? In theory, if the fly-tipping is on the highway or public land it is the responsibility of the Local Authority. If it is on private land then it is the responsibility of the owner/occupier to remove.

The extent of the ‘highway’ is not always obvious. When, for example, materials are dumped in farm entrances it is often questionable as to whether it is the Local Authority or the landowner or occupier who are responsible. The extent of the highway is not always evidenced by the extent of the tarmac.  In many cases the Local Authority may have a greater responsibility or liability than first may appear.  Local Authorities do maintain maps of the “Extent of Highways” which may prove invaluable in the event of a dispute.  Equally, land which you may assume to be in public ownership might, in fact, fall to a private landowner. Therefore, we always suggest that initial checks are made as to ownership and responsibility.

If, having made enquiries, you are responsible for the disposal of the fly tipped material  then you must be careful as to how it is disposed. Simply digging a hole and burying it may be tempting especially for material which has a high cost of safe disposal such as asbestos. Even builders’ rubble can cause issues – if used for hardstanding an environmental offence may be being committed leading to a Land Fill tax of £90 per tonne. The disposal of waste is a highly regulated activity – with fines and penalties (criminal) for any breaches. Therefore, advice must be taken before committing to disposal.

As a point of note, for those farmers renting land under any form of agreement it is wise to have your legal adviser check if fly-tipping has previously been an issue given the cost of disposal of some materials.

Fly tipping can place a costly onus on you to remediate and so we encourage landowners to be vigilant. As fly-tipping is, in many cases, opportunistic – those seeking to dispose of rubbish will look for land which is isolated, out of immediate view of any residential buildings and which can’t easily be identified as belonging to a particular owner. Therefore, signs, CCTV and adequate fencing can often act as a deterrent.

Unfortunately, it is very difficult to physically prevent fly tipping from occurring and, often, land owners have to be reactive. If you are clearing up dumped waste, there may be clues contained within the deposited materials – such as receipts or evidence of a name. If this is found, you should report it to the Police, together with images of the dumped waste and they may be able to advance on your behalf.

Another issue which has been exacerbated in the recent lock down period is that of Trespassing – manifesting through day trippers visiting the countryside, walkers and, strangely, an increase in those out illegal metal detecting.

COVID-19 has seen the closure of many hospitality venues which has meant some people have been making their own ‘fun’.  Problems have arisen where land has been taken over for illegal camping and/or raves. Being present on private land without consent constitutes a trespass and is a civil issue. As such the police will refuse to get involved unless a criminal act is committed such as cutting down trees or lighting fires.

We encourage landowners to erect signs noting land to be private, ensure that gates are locked and footpaths clearly marked. If land owners see anyone on their land then you should proactively approach them, explaining that the land is private and ask them to leave.

Butcher & Barlow’s Agriculture and Dispute Resolution teams work closely together to assist landowners and tenant farmers in obtaining redress for trespass and nuisance, or in securing vacant possession.

Public Rights of Way over Farmland

Do you have a Right of Way on your land? 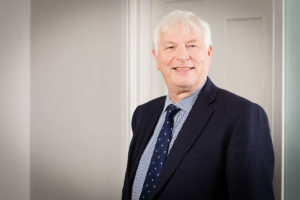 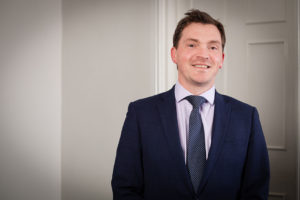