Litigation can be expensive, both in solicitor’s fees (depending on the complexity of the case) and in disbursements (third party costs such as expert’s fees). In certain civil proceedings, a party may ask the Judge to make an award of costs – this is usually, but not always, made in favour of the successful party.

The Guideline Hourly Rates (GHR) are broad approximations used as reference points when Costs Judges assess the costs a successful party can recover from the opposing party if their claim is successful.  They are set with reference to how experienced the lawyer undertaking the work is and where they are based within England or Wales. In this article, Partner Greg Porter, head of the Firm’s Personal Dispute Resolution Department, outlines the recently proposed changes to the GHR.

The latest report on the GHR, released on 8th January 2021, recommended modest changes to the current rates charged by solicitors as per the tables below. The previous GHRs were implemented over 10 years ago, therefore this report has been welcomed to update the outdated rates which are now of limited use.

The updated rates will allow Clients to make a better judgement of the rates being charged by solicitors and will give Clients increased confidence that they can recover more of their costs if their claim is successful. Accordingly, opponents will have less room to reduce the rates when costs are being assessed.

The Civil Justice Council announced the changes as “modest increases” with the percentage increase ranging from 6.8% to 34.8%. The London bands have been subject to the most proposed changes with the re-defining of London 1 & 2 to reflect the type of work carried out rather than the postcode of the firm. An additional proposal is to ensure that the rest of the country outside the capital is specifically allocated to a category. As it currently stands, there are large parts of the country not allocated to a band, such as Cheshire and Lancashire.

At Butcher & Barlow, we will, at the start of and throughout your claim, carry out a cost–benefit analysis to ensure that you are aware of your claim’s prospects of success and the costs are proportionate, in order to give you the best chance of recovering your costs from the opponent.

Should you have a personal dispute which you require advice on, or should you wish to speak about any of the proposed changes to the GHR or the fees we charge at Butcher & Barlow, Greg Porter can be contacted on gporter@butcher-barlow.co.uk or 01606 47523. 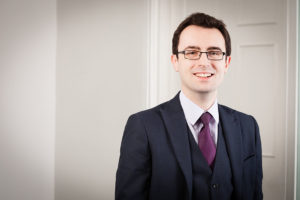