Almost half of our Partners at Butcher & Barlow undertook their Training Contracts here and have been with us for years – demonstrating our commitment to long term training and development. Choosing to stay with a firm shows a level of dedication and trust from both parties. If you are prepared to be committed and work hard, you can be confident that it will be recognised and appreciated and your career progression will move a long a lot quicker than it would at a city firm.

Greg Porter, Partner and Head of the Firm’s Personal Dispute Resolution Department at 38, tells us how he did it.

Like most young people I didn’t really know what I wanted to do when I grew up. I had no burning desire to be a Doctor or an Astronaut or anything like that but when I was choosing my A levels, Law was one of my options – mainly because friends were doing it if I’m honest – but I quickly realised I really liked it and could actually see myself as a Lawyer.

After gaining my Law degree from Lancaster University and my post grad diploma from Staffordshire University, I joined Butcher & Barlow as a Trainee Solicitor in 2008 – and I’ve not looked back since. I’m now a Partner and Head of Personal Dispute Resolution based at our Northwich office, overseeing all types of individual litigation work whilst maintaining a focus on Personal Injury and Clinical Negligence work.

I think one of the things I found invaluable, and that initially surprised me about Butcher & Barlow, was that from the get-go I was assisting and learning from the Firm’s senior Partners. The opportunity to learn from such experienced lawyers at such an early stage in my career just wouldn’t have happened at a magic circle or big city law firm.

I thrived on the responsibility and trust shown in me and my confidence in my own capabilities grew. They must have seen something in me too and in 2010 I began to take over the case load of the Firm’s then Senior Partner, Charles Barlow, who was moving away from fee earning into a full-time management role. At the same time, I also took over the litigation case load at the Firm’s Northwich office from Laura Sheehan, a Solicitor who was moving to another practice area.

I quickly formed relationships with Charles’ and Laura’s former clients and contacts which enabled me to continue to be instructed by those people in the future, some of whom are still clients today.

Whilst you’re given responsibility fairly early on at the Firm, you’re still closely supervised and never made to feel like you can’t approach someone more senior for advice or help.

The teaching and support I received from the start enabled me progress in what is a relatively short space of time. Something which I believe you just don’t get in the city law firms.

We work collaboratively, as part of a team at Butcher & Barlow and you’re never treated as just a cog in a machine. This practice is something I’ve tried to carry through in the teaching and mentoring I now do as a Head of Department.

I have supervised and mentored a series of Trainees over the years, including Zoe Paton-Crockett, who has gone on to become a Partner and Head of the Commercial Property Department, and Andy MacKenzie and Adam Shawcross, both of whom are now Partners.

I truly believe that if I was in a city law firm, at 38 years old, I would, at best, be a Senior Associate. Working for a firm like Butcher & Barlow makes you a better more rounded lawyer. It allows you to develop valuable skills and gives you an overview and opportunity for progression, instead of being in a niche department doing the same narrow scope of work over and over again.

Butcher & Barlow has made me the Lawyer I am today, and I find it extremely satisfying and rewarding that I am now in a position to give guidance and support to trainees and to help bring on the next generation for the Firm. 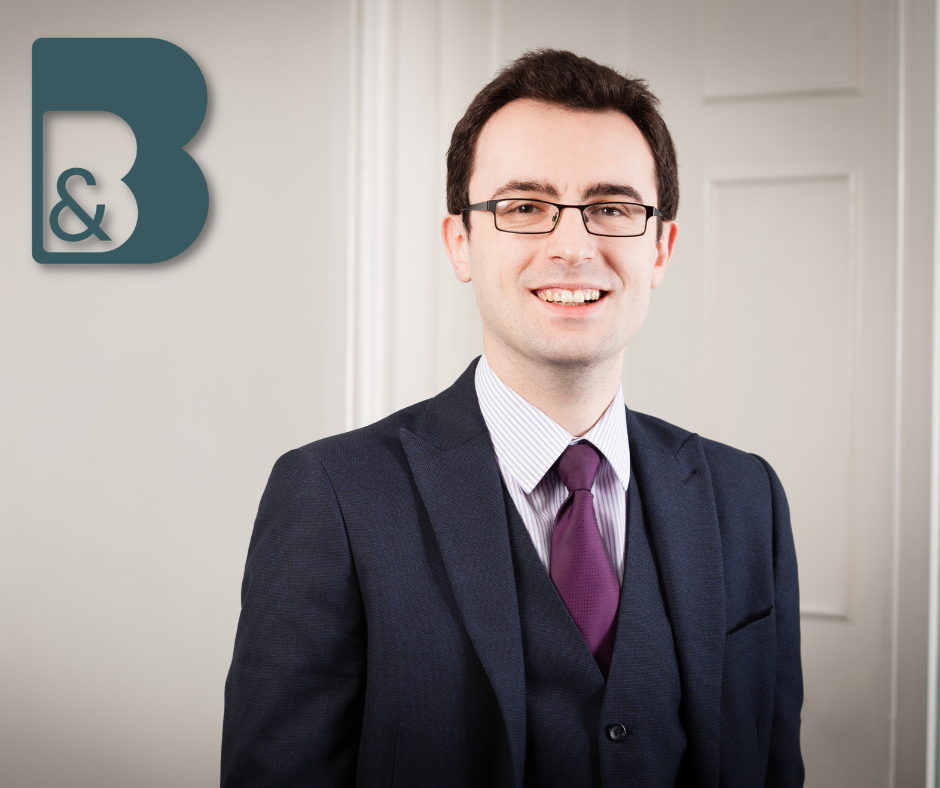