As the journey towards more environmentally friendly farming carries on, the rollout of the schemes to replace the Basic Payment Scheme (BPS – formerly Single Farm Payment) continues as the Defra Secretary released more details on the Sustainable Farming Incentive Scheme. In this article, Mike Bracegirdle, head of the Agriculture Department and Partner in the Firm, provides a brief overview of the details on this new incentive.

What Is The Sustainable Farming Incentive Scheme?

The Sustainable Farming Incentive Scheme is designed to allow farmers to make the most of the land they own. The scheme will be one of three new schemes that will encourage farmers to adopt more sustainable and environmentally friendly farming practices.

A pilot scheme is to be launched later this year which will allow participating farmers to select from an initial set of eight standards, based upon specific features such as soil, grassland, hedgerows, waterbodies, or woodland. Each of their standards contains several actions which farmers can apply to their own farms in return for a payout.

To begin with, the scheme will only be eligible for farmers who are currently participating in the BPS, with the goal to expand it to more farmers once the scheme is fine tuned. The anticipation is that on the scheme being fully rolled out in 2022, a natural capital approach to pricing will be prepared so farmers can be better rewarded for providing public goods.

Speaking at the NFU conference, the Defra Secretary made it clear that support for capital items would remain on a cost basis, but other schemes such as wild flower meadows, which may have multiple benefits, would benefit from overlapping schemes.

On a separate note, the Secretary rejected the idea that those farmers who had applied under the Countryside Stewardship would get less cash.

What Other Schemes Are Planned?

As alluded to earlier in the article, there are two further schemes planned to be introduced as the government works towards achieving their goals set forward in the 25 Year Environment Plan. While details of these schemes are currently sparse, the names and minor details of the schemes are as follows:

Butcher and Barlow can help you prepare for these schemes

The variety of schemes, both current and planned, makes it more important than ever for all farmers to be clear on both ownership and extent of their land. What was once a neglected corner of waterlogged land may be an important element in a claim for funding under the latest schemes.

Butcher & Barlow LLP experienced specialist agricultural team can advise upon ownership, registering land which is unregistered, dealing with boundary issues, and many other matters relating to your farm.

If you are a landowner who has concerns on the ownership or extent of their holding, please contact our specialist agricultural department as soon as possible. The team can be reached on 01606 334 309, or, alternatively, you can contact Mike directly at mbracegirdle@butcher-barlow.co.uk. 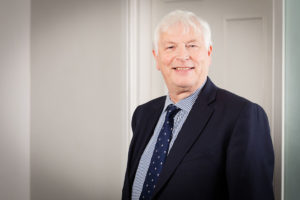