New Hurdle for Landlords Opposing the Renewal of Commercial Leases

Are you a commercial landlord seeking to obtain possession of a property? The Supreme Court has handed down a much-anticipated judgment in the case of S Franses Limited v The Cavendish Hotel (London) Limited which concerned a landlord opposing a lease renewal on the grounds of planned redevelopment. James Holton looks at the decision and it’s implications.

There are various grounds upon which a commercial landlord can oppose the renewal of a lease even where the tenant enjoys security of tenure – i.e. the statutory right to renew its lease.

The ground for objection known as Ground F allows a landlord to oppose the grant of a new tenancy where it intends to demolish or reconstruct the premises and could not reasonably do so without obtaining possession.

The unusual twist in this case was that the landlord admitted that it had produced a scheme of works that had no practical utility. The sole purpose of the works was to justify their opposition to a new lease so as to obtain vacant possession.

The Supreme Court found that the landlord’s intention to carry out works cannot be conditional on whether the tenant asserts its right to a new tenancy.

The Court has provided a tenant-friendly judgment and landlords will need to be careful in relation to how they devise a strategy so as to obtain vacant possession. It could now become more difficult for landlords to establish a ground of opposition to a new lease under Ground F.

A landlord can still design a scheme of works that may have little economic value but will need to get over this new hurdle by demonstrating to the Court an intention to carry out these works whether or not the tenant vacates the premises.

Landlords will need to be very careful in relation to how they put forward such a plan and how they communicate internally as well as with their tenant.

Butcher & Barlow’s Commercial Property team have vast experience in dealing with lease renewals and termination.  If you would like to talk through the process of renewing a lease or obtaining possession, contact the team at the Gadbrook Park office on 01606 334309. 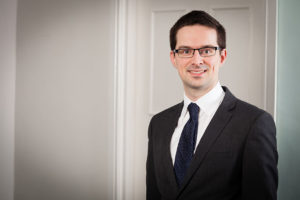