The term “remote hearing” is a catch all phrase to describe court hearings when some or all of the participants are not physically in the court room, either because they are joining by video or telephone link. Traditionally these have been seen to have many drawbacks, not least that parties cannot communicate with each other and with the judge as effectively, and in particular that when a court has to decide important questions, it should be able to look anyone appearing before it “in the eye”.  In today’s article, Kevan Hankinson takes a look at some of the limitations of remote hearings, as well as the positives.

There have, for a while now, been many commentators who have been predicting that in the future courts would need to make extensive use of video or other technology and various pilot schemes and ideas had been put forward. Video links for routine hearings have become quite common in criminal cases, where transporting detained defendants is a complex process, made much easier by video links from prison.

In civil and family cases, video or telephone calls used to be rarer, and probably only commonplace where a key witness could not be present for very good reasons, and the evidence straightforward.

Before the current lockdown, there were already procedures for telephone calls in simple civil cases, and providers like BT willing to set these up for a fee. Some courts had experimented with video hearings, not just in the well-established case of a witness giving evidence by video link for their protection, but running the whole case on a screen, advocates, clients and all.

In the last year however, these ways of conducting hearings became the only means for a court to effectively deal with its work in many instances, and the virus lockdown left courts, IT professionals and lawyers scrambling to keep up.

The experiences have been mixed to say the least, and the position, best practice advice and the rules for the court have had to evolve rapidly. There seem to be as many people embracing this change in practice as those who cannot abide this way of working. Most practitioners however accept that remote hearings will be a feature even when the lockdown is gone, but not everyone is convinced of their merits more broadly.

Overall, the conclusion seems to be that anything is better than nothing, and the complete shutdown of the court system would cause untold harm to children and families. We are fortunate to have such alternative means to conduct hearings available at all.

There are some cases that might be improved by remote hearings, others not particularly affected. In others, remote hearings have significant drawbacks. The debate on each case now before the court is about whether those drawbacks outweigh the disadvantages of a long delay for a traditional face to face hearing.

Once the virus passes, there will be significant debate about when and in what way remote hearings will feature in family cases, but there seems little doubt that they will remain an option, and that the debate between administrators and others who see them as cheaper and more efficient versus those who feel they risk unfairness, miscommunication and lost opportunities for agreement and settlement, will continue.

The main point now for anyone with a remote hearing to attend is to make sure you are aware of the strengths and weaknesses of the format, the rules you must follow, and how to communicate before and during the case with lawyers and other participants. We do now have significant experience in making the most of hearings, whatever format they may have. 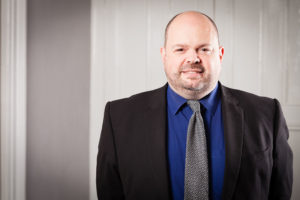