Challenging a Will – Capacity & Undue Influence

Although there are a number of different ways in which a person’s Will can be challenged, in this article we concentrate on two potential grounds: Lack of mental capacity and undue influence.

The well established test for assessing a person’s capacity is set out in Banks v Goodfellow (1870). For a person to have capacity at the time of signing their Will they must:

This test was further developed in the cases of Key v Key (2010) and Simon v Byford (2014) where the Court took into account an individual’s powers of decision-making and confirmed that the test of capacity depends upon potential capacity to understand and is not to be equated with memory.

The test for capacity was written into legislation in the Mental Capacity Act 2005. Section 2 of the Act states that a person lacks capacity if, at the material time, ‘they are unable to make a decision for themselves because of an impairment of, or disturbance in the functioning of, the mind or brain’, no matter if the impairment or disturbance is permanent or temporary.

The question of whether a person has capacity to execute a Will is, therefore, complex. The law is clear that the relevant question is whether the person had the capacity at the time the Will was executed. This means that it is not simply a case of establishing that a person had a condition such as dementia. The capacity of a person suffering from such a condition may vary from day to day or hour to hour. They may, for example, have the capacity at the time the Will is executed, even if they are unable to remember the contents of the Will the following day.

One practical step that can be taken to avoid any doubt of the testator’s capacity is to have a medical practitioner examine them at the time of the making and signing of the Will. Recording a medical opinion verifying the mental capacity of the testator will help establish that the testator did indeed have capacity when making their Will.

Another possible ground for challenging the legitimacy of a Will is undue influence. This is where a third party applies pressure so that the discretion and judgment of the person making the Will is changed. The pressure exerted upon the testator may be physical, verbal or psychological. The exact nature of the conduct does not matter; as long as it can be determined that it overwhelmed the free will of the testator.

There are little by way of specific requirements when it comes to establishing whether there has been undue influence and it tends to be a question of the facts of the case. This is because the circumstances in which one person acquires influence over another, and the manner in which influence may be exercised, vary too widely to enable this.

An example of this would be an elderly person who may be frightened of a relative and is consequentially coerced by that person into changing their Will in favour of the relative in question.

An alternative example may be a threat made by a relative to withdraw the support or care that they provide to the testator unless the Will is altered in their favour.

The case of Edwards v Edwards (2007) established the test and the standard of proof required to demonstrate undue influence of a testator. It must be shown that the Will contained the wishes of someone else, not those of the deceased, and the facts must be inconsistent with an alternative finding. There is very rarely any direct evidence of undue influence, and it is never presumed. The court will though take into account a range of factors, including the vulnerability of the deceased, their relationship with the alleged influencer and an otherwise inexplicable distribution of the estate in the Will.

It is therefore vital if you are seeking to challenge a Will or are defending a challenge to a Will, that professional legal advice is sought from the outset. It will almost certainly be necessary to gather evidence, such as previous Wills and letters of wishes, and to consult with witnesses, to assess the prospects of the claim being successful. Where a lack of capacity is alleged it is also often necessary to obtain the deceased’s medical records and then instruct a medical expert to report on the capacity of the deceased at the time the will was signed.

At Butcher & Barlow we have a team of solicitors who specialise in disputes concerning Wills. If you require any advice please contact Greg Porter on 01606 47523 or e-mail gporter@butcher-barlow.co.uk 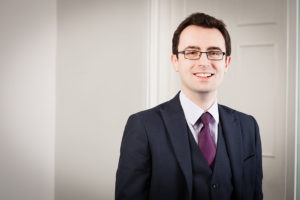