Samuel Dale, solicitor and Partner at the Firm’s Sandbach office, considers the rights and remedies of an unmarried cohabitee when they lose their partner due to the negligence of a third party.

When someone loses their partner due to the negligence of a third party, they may wish to bring a claim for compensation.

In addition to claiming compensation for any pain and suffering of the deceased prior to their death, it may be possible to bring a claims under the Fatal Accidents Act 1976. These claims are:

Below we look at whether unmarried cohabitees are entitled to make either claim.

What is the Bereavement Award?

A Bereavement Award is currently fixed at £12,980 and can only be claimed by two classes of people under the Fatal Accidents Act 1976:

The Fatal Accidents Act 1976 does not allow cohabitees to claim the Bereavement Award, irrespective of the number of years a couple have lived together.

This may seem unjust and some argue that the law needs to be updated to reflect the changes in attitudes to cohabiting couples.

Challenges to the Law

In November 2017 the Court of Appeal gave its judgment in the case of Jacqueline Smith v Lancashire Teaching Hospitals NHS Foundation Trust and others, which dealt with claims for the Bereavement Award by cohabitees.

The basis of the above claim was that the exclusion of cohabitees to claim the Bereavement Award was discriminatory and contrary to the European Convention on Human Rights (“the Convention”).

The Court of Appeal concluded that the provision of bereavement damages was a measure by which the State shows respect for family life. This is a core value of the Convention.

Further, the Court of Appeal found that there was no justification to discriminate against long-standing cohabitees and as such declared that this aspect of the Fatal Accidents Act 1976 was incompatible with the Convention.

The Court of Appeal’s conclusions simply mean that Parliament should now look to amend the Fatal Accidents Act 1976.

Until such an amendment has been made, Defendants are not obliged to pay the Bereavement Award to cohabitees.

If, prior to the death, a cohabitee relied upon the deceased financially, then they may be able to bring a Dependency Claim.

Such claims are typically on the basis of loss of income or loss of gratuitous services (e.g. care) provided by the deceased although this list is not exhaustive.

Bringing a claim for compensation following the loss of a loved one can be extremely daunting. The amount of the claim is calculated carefully according to the facts of each case. At Butcher & Barlow LLP we have specialist solicitors who can assist with any such claim both effectively and compassionately.

To discuss your own personal circumstances contact Samuel at our Sandbach office on 01270 762521 or email sdale@butcher-barlow.co.uk. 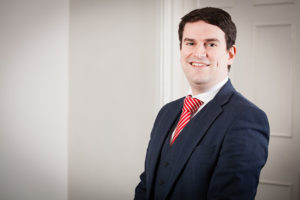